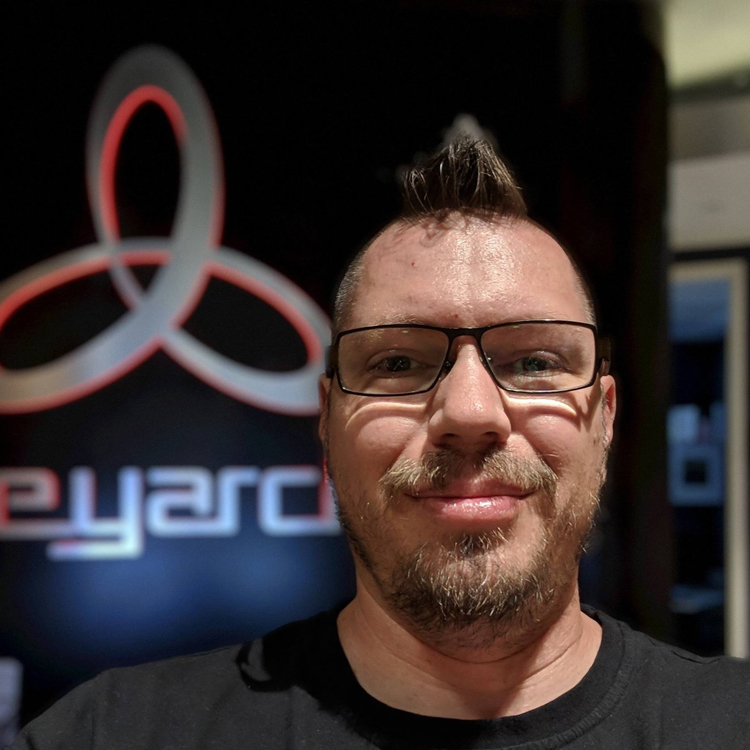 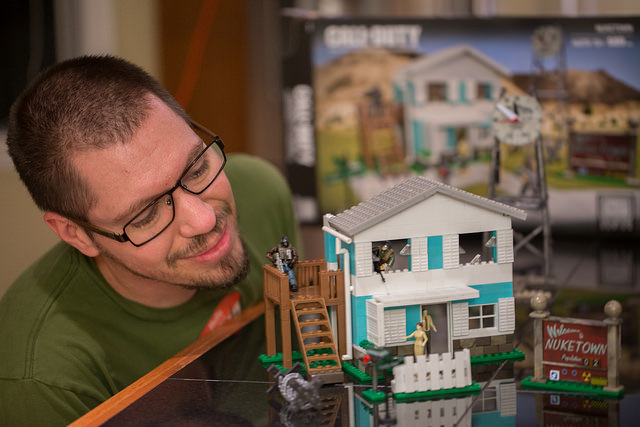 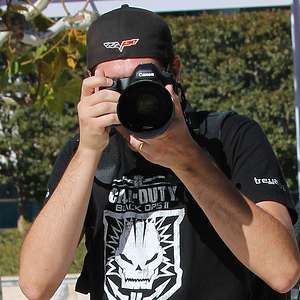 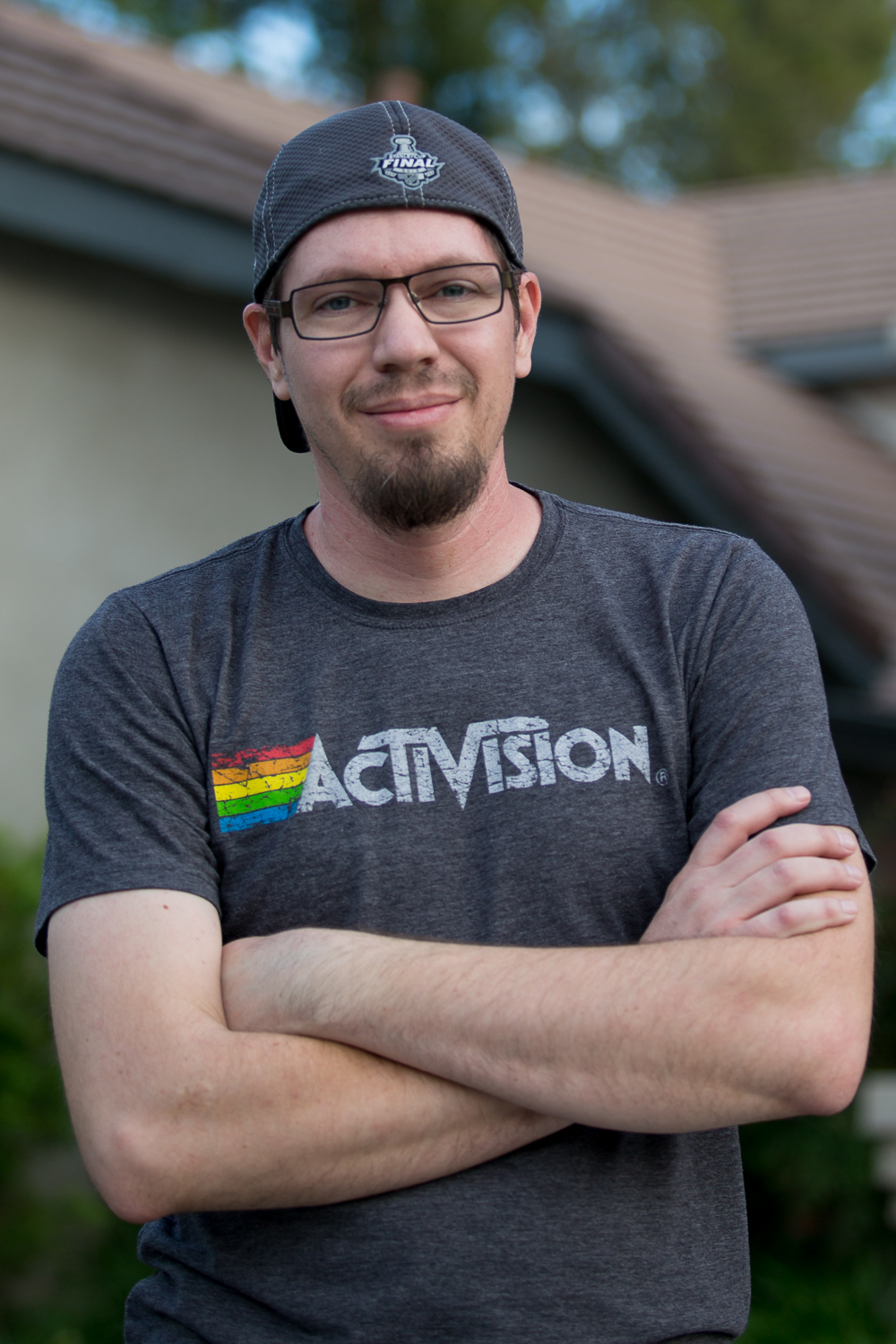 The opinions on this website are my own and do not reflect that of Treyarch or Activision.

I am an idealistic entrepreneurial autodidact. I always have a project brewing and I never do anything half-way, and while doing a project I am always laser focussed. I eat, drink and breath the project. This can be a blessing or a curse. Sometimes it means spending way too much time doing something that will hardly be seen (like maybe writing this article). Other times, however, it pays big dividends, but I always find a way to accomplish what I want, and that seldom involves traditional education.

I’ve had all kinds of jobs in my life. Bus driver, food service, retail, insurance, sales, television news, and a lot more. After dropping out of high school as a sophomore, I took a few community college courses in TV production but I dropped out after I landed a job at a local TV station and found out really fast that one day on the job was worth an equivalent of a whole semester in class. I swore off school for good at that point, and decided that what I really wanted was to create something meaningful.

I’m a big proponent of self education. In this day and age we have the tools to learn anything we want. Anything. When I started my videography business I had no money for school, let alone advertising, graphic design or anything else I needed to make my business work. So I learned to do those things for myself. I taught myself web design by reading online tutorials. I learned graphic design and made my own logo, and I taught myself video production and editing and became one of the best wedding videographers in Colorado. Unfortunately I could not teach myself to enjoy dealing with bridezillas, and slowly grew to hate what I was doing. Soon after, the economy began to slump and the first thing to get cut out of most wedding budgets is the videographer, so I found myself with plenty of free time. I paid the bills by buying Nintendo Wii consoles and selling them on eBay for a nice profit. That bought me time to work on a new hobby (well, nothing to me is just a hobby): Video Game Level design.

With the full support of the most amazing wife known to man (seriously, how many wives would be cool with their broke husband tinkering with video games sunup to sundown every day while unemployed, let alone encouraging them to do so?), I dove in head first and learned the tools that the Call of Duty developers used. Having a few self-developed design skills, it came reasonably easy to me, yet there were times I almost gave up out of frustration. After 6 weeks I had created one of the more popular maps in the mod community and was contacted by Treyarch for a job interview. They hired me to work on Call of Duty: World at War, though I had no industry experience or school experience and only 6 weeks of time in the mod community. The learning was just beginning. Though I had a good feel for what makes a good multiplayer map, I still had plenty more to learn about creating compelling gameplay.

Over the course of the next 12 years, and Black Ops I, II, III, IIII and Cold War under our belts, the MP team at Treyarch and I have become known for designing some of the best maps in Call of Duty history. I designed around 30 maps over the course of those 6 games (though it’s hard to nail down the exact number since it takes a team to make a map), including Nuketown which became the most popular multiplayer map in Call of Duty by a significant margin (and believe me I had no idea at the time that was going to happen).

Though I have been at Treyarch much longer than any job I’ve had before it, I am still learning new things. I’m kind of like Number 5 that way (“more input”). I can’t get enough learning and even though my work at Treyarch keeps me very busy I am always “reading” audio books in my car (never fiction, unless I can learn something from it), taking internet courses on topics such as Economics, Biblical Theology, Real Estate, Science, Piano, Technology and one of my new favorite “hobbies”, Photography. I’ve taken so many video courses on photography I could probably get a Masters degree (though admittedly, experience is much more valuable than lectures and tutorials). I’ve also tried my hand at being a YouTube personality (which has had a small amount of success in terms of views, but don’t worry, I won’t be quitting my day job).

Thanks to a beautiful, selfless, amazing wife, 6 brilliant kids (who will no doubt put their dad to shame someday), and my savior Jesus Christ, who paid the price for all my sins to give me life, I can say life is never dull, and I am eternally grateful for the experiences I have had, and the adventure that awaits.