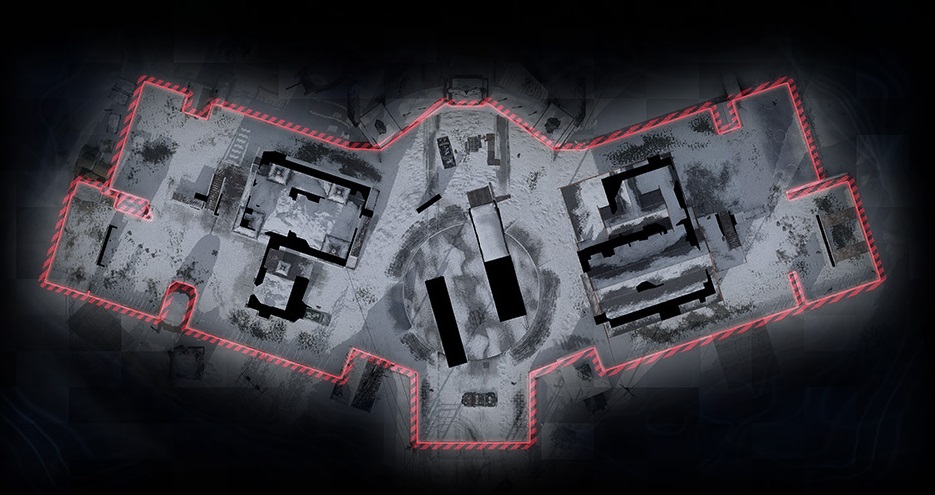 Nuketown From the Call of Duty Blog:
“The Black Ops 4 iteration of Nuketown came about after asking the question: “What if the Russians also had a Nuketown they were using?” Instead of a nuclear test site, this map is built over a fully functional nuclear launch site where nukes are made and maintained. The visuals lean into this setting and aesthetic and culminate in a robust Nuketown experience.

Each building is full of Cold War-era technology, including analog radios, rudimentary satellite imagery, enormous computers and a reel-to-reel film projector, as well as USSR propaganda posters. Interior walls display schematics for tanks, nuclear launch paths and potential targets. Multiple tanks sit “concealed” beneath haystacks both in and outside of the map. To add to the historic feel, the two large vehicles obstructing the center are both Soviet train cars.

The refined, grounded, tactical, silky-smooth gameplay of Black Ops 4 makes this familiar landscape an utter joy to play. The hallmarks of Nuketown are all here: frenetic, frequent close-quarters play in the houses and around the railcars in the center, with long sightlines on either side of the houses. Due to its smaller size, be prepared for some of the most intense, heart-stopping Domination matches of your Black Ops 4 life.

As far as Specialists go, Nuketown’s confined nature brings an added layer of intensity to their abilities and equipment. For example, plant Recon’s Sensor Dart in the right spot and you’ve got intel on nearly a third of the map. Need to traverse dangerous areas in a hurry? Ruin’s Grapple Gun – paired with Equipment Charge in your Gear slot for more frequent uses – gets you where you need to go with no shortage of places to plant.

It’s up to you how you attack Nuketown on Black Ops 4, but the fundamentals are all there: furious gunfights, non-stop action and, if you keep your eyes open, a few secrets to uncover. But, more importantly, it’s free for everybody. So, get in there and enjoy Nuketown!” 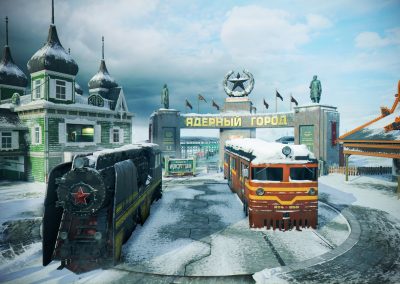 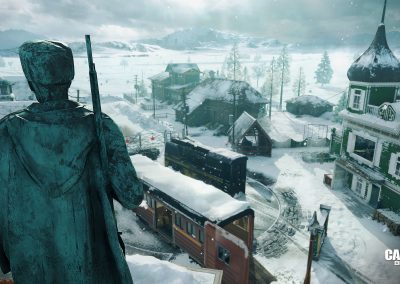 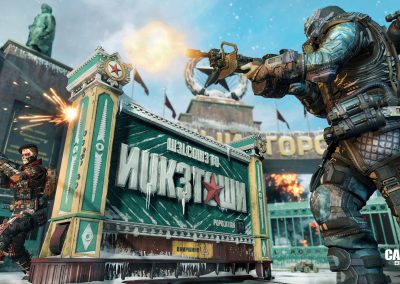 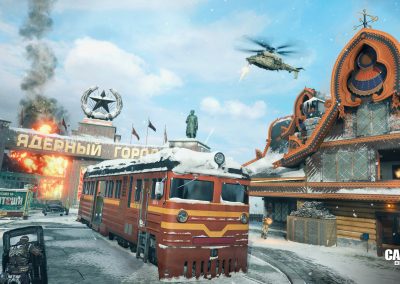 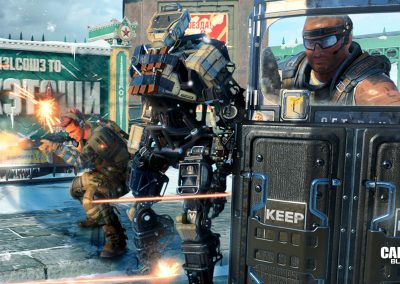 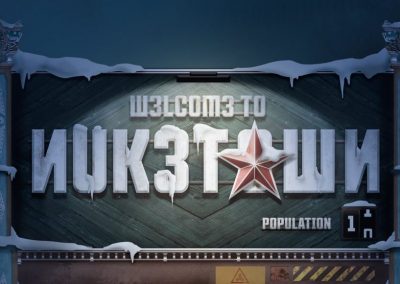